The Melbourne Girls Grammar community was saddened to learn of the recent passing of Rosemary Balmford (Norris, 1950). She was a pioneering woman in law and ornithology. In 2012 Rosemary was appointed a Member of the Order of Australia for service to the judiciary, the practice of law in Victoria, and the study of ornithology.

Rosemary was educated at Melbourne Girls Grammar and graduated in 1950. Following in her father’s footsteps, she continued her studies in law.

In 1956 she graduated with a Bachelor of Laws (LLB) from the University of Melbourne with the Supreme Court prize for the top-ranked student, and became the first woman appointed to a permanent lecturing position in the Melbourne Law School in 1957.

Rosemary became a partner in the law firm Whiting & Byrne in 1960 at a time when very few city law firms had a female solicitor, much less a female partner. In 1969 she left Whiting & Byrne to study for an MBA. At the completion of her studies she became the founding executive director (1971–1977) of the Leo Cussen Institute for Continuing Legal Education. She also served as a Senior Member of the Commonwealth Administrative Appeals Tribunal (1983-1993) which presided over the milestone Deborah Wardley sexual discrimination case.

When Rosemary was admitted to practise as a barrister and solicitor of the Supreme Court of Victoria in 1956, it was unthinkable that there would ever be a female judge of that Court. Forty years later, the Premier Jeff Kennett, announced her appointment to the bench.

In 1998 she received an Honorary Doctor of Laws (LLD) from Monash University.

Rosemary retired from the bench in 2003 after a 40-plus year career in the legal industry.

Rosemary was also a keen amateur naturalist. With a special interest in ornithology, her contributions to this field almost equalled those made to the Australian law sector. Rosemary was an active member of bird organisations and held the position of Secretary with the Royal Australasian Ornithologists Union (RAOU) and the Victorian Ornithological Research Group. She published books and articles on the subject and has helped pioneer bird atlassing in Australia.

In her memoirs, A Funny Course for a Woman, Rosemary Balmford told the story of her life in Melbourne and how changes over that time – in technology, education opportunities and attitudes – made it possible for a woman to advance in the legal profession. Today there are 11 female judges on the Supreme Court of Victoria.

Click here to learn more about the Old Grammarians Society. 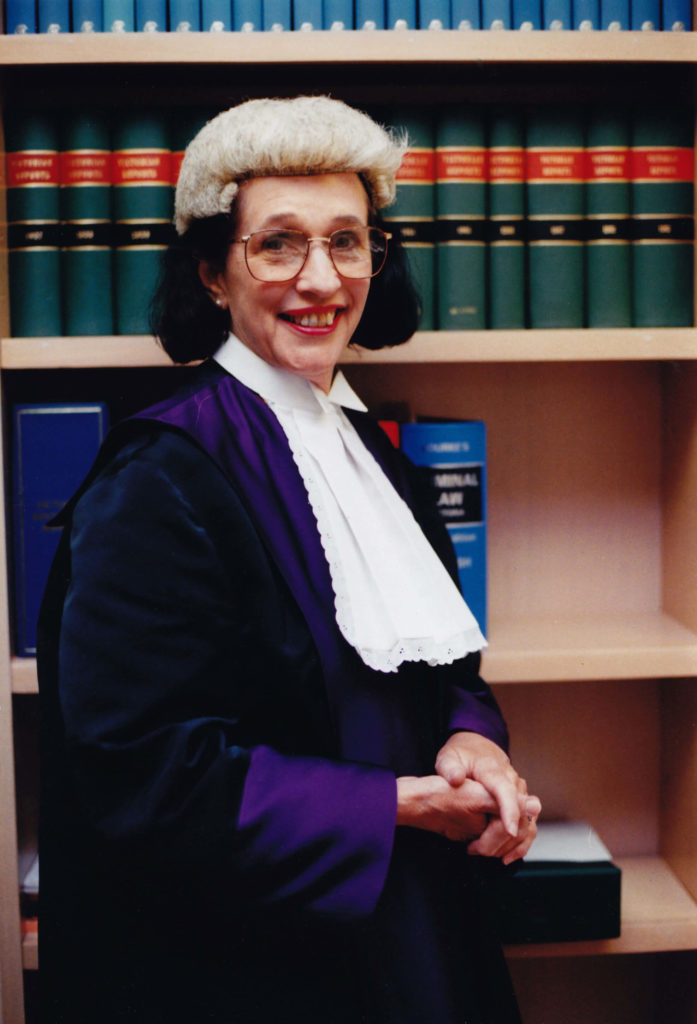