From Girls to Leaders

From Girls to Leaders

In the latest edition of The Educator Magazine, Melbourne Girls Grammar has been featured in the School Spotlight, for breaking new ground in responding to the changing learning needs of young women. The article highlights our custom-build wellbeing facility, the Artemis Centre and celebrates it as a ‘milestone for what schools can dream of and deliver’. See below to read the full article.

In the same edition of the magazine, Melbourne Girls Grammar Principal, Catherine Misson is recignised in the 2017 National Hot List, an award for educators who have made a significant contribution to the K-12 education sector.

When it comes to responding to the changing learning needs of today’s young women, Melbourne Girls Grammar is breaking new ground. 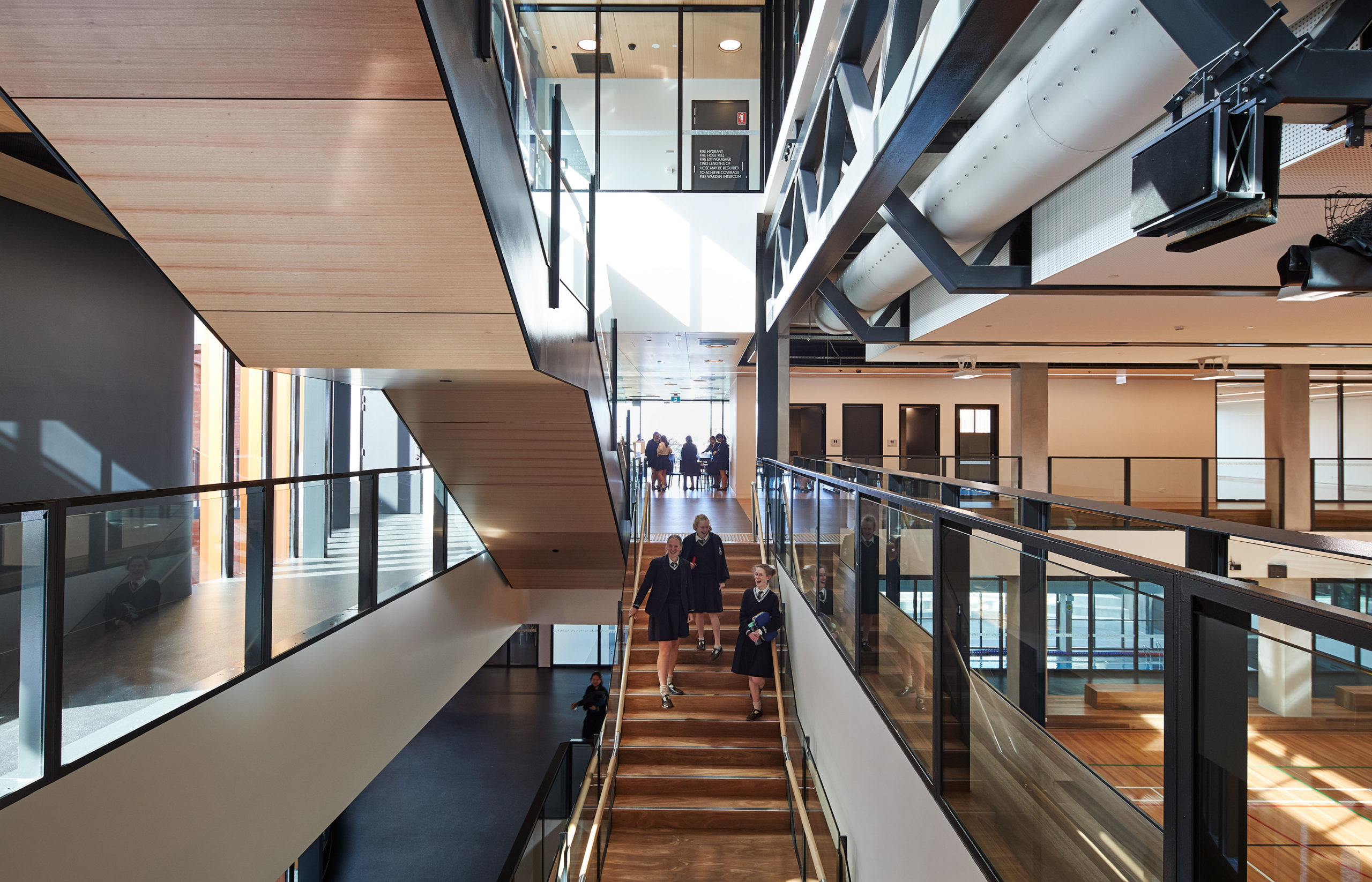 On 1 September, Melbourne Girls Grammar unveiled a groundbreaking new facility at its Merton Hall campus, located in South Yarra. The Artemis Centre – which the school’s principal, Catherine Misson, refers to as “a gendered facility” – blends academic, co-curricular and wellbeing programs for the school’s students. The centre is the heart of the school’s forward-thinking Senior Years Program. Launched in February 2017, it responds to the changing learning needs of today’s young women. However, the concept of this revolutionary facility was hatched long before this.

Nine years before the school ‘switched on’ its new educational architecture on 1 January 2017, Misson was appointed as its principal, with a task to examine the available research that would provide her students with the best possible education.

“I was struck at the time by the research that was available, mainly coming out of Europe and North America, around forecasting on health for girls – things such as the early onset of puberty, mental health issues and sedentary behaviours,” she tells The Educator.

“What’s really interesting was that Australia did not have that calibre in its scope of research in 2008, but lo and behold, now we have it. What was being forecast in that international research is exactly what we’re seeing today.”

A proactive approach to wellbeing

Misson recalls reading a statement from the World Health Organization at the time, which warned of a “tsunami of mental health issues” around the corner.

“After reading this statement, we started to think about wellbeing and how we could provide a proactive programmed approach to this issue,” she says.

“There was also the epiphany that girls’ schools have generally taken the concept of a physical performance space [that we call a gym] from boys’ schools and simply put up something rather similar in girls’ schools.”

Another thing on the school’s mind was the fact that the world was continuing to become very connected, in particular through advances in technology and the Internet of Things.

“We started asking: ‘What sort of experience would inspire our girls to get out of bed and come to this campus that they couldn’t have anywhere else? And what would make school such an enticing and engaging experience if the future of education was a migration online?” So we thought about a facility that was a community hub.

When you put those three domains together, that’s essentially what the Artemis Centre is.”

“It was designed by a group of female architects with girls in mind. They took a number of things into consideration, such as privacy and transparency within the building, the privacy of the amenities – and the interconnectedness of adults and students in the building through social spaces provide that sense of community connectedness that we wanted,” she says.

To enhance the health aspect of the centre, Misson says the school brought in wellbeing coaches as a “proactive dedicated specialist workforce”. 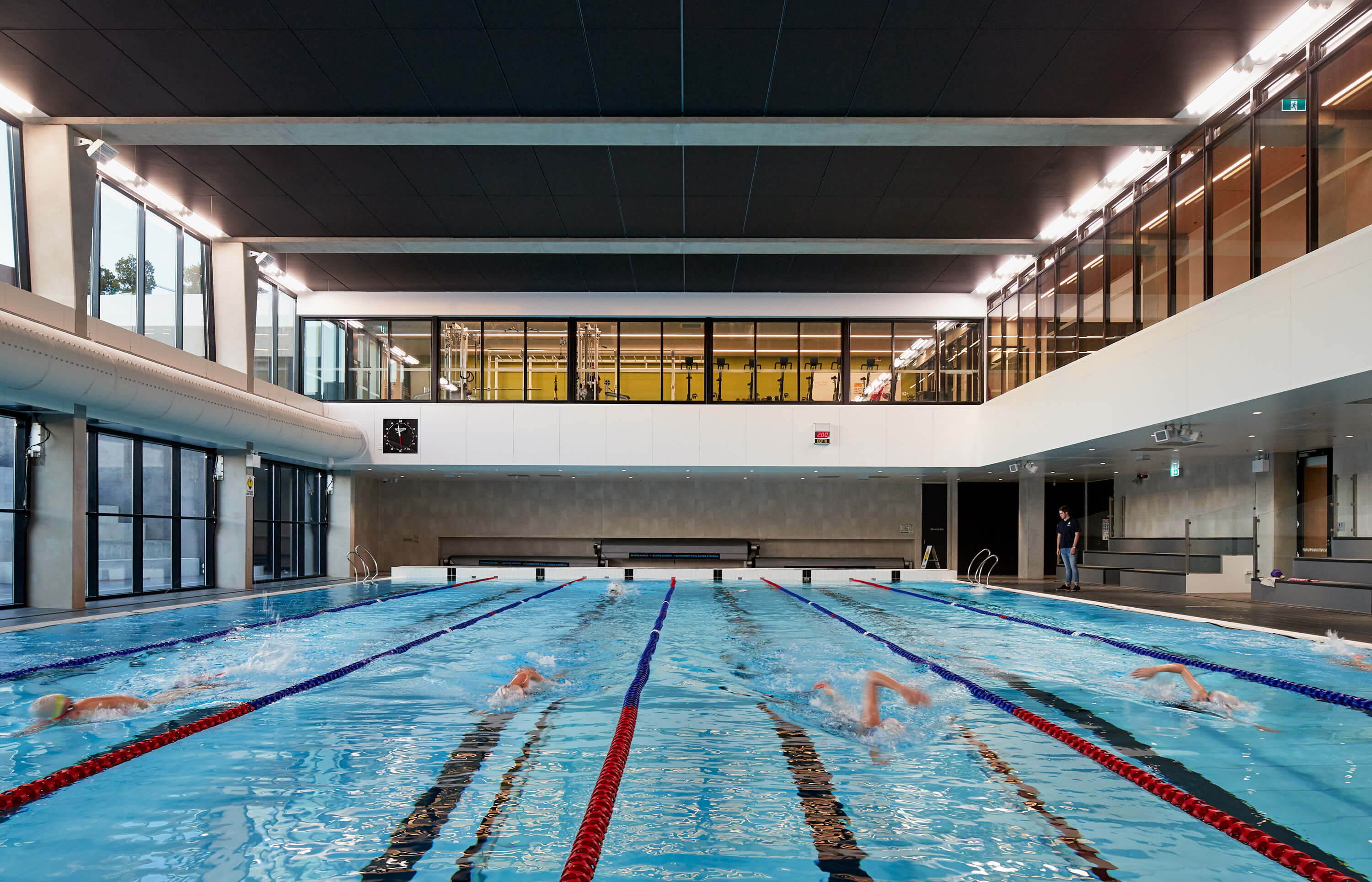 Student agency at the forefront

In the Artemis Centre the girls have access to a schedule of activities that are hosted every day, Misson explains.

“The girls simply go online and book themselves into an activity that fits into their day or week, and avail themselves of that at a time that makes sense for their wellbeing,” she says.

“All of this is nested within the bigger picture of what we’ve done with our architecture for schooling, which actually allows our senior girls to put wellbeing in their day and craft their wellbeing provisions so that it is personalised to them and supports their approach to their learning, which we want to be focused, calm and empowering.”

Misson says the school also understood from the research that adolescents thrive best when they’re in an intrinsic control environment – or, in other words, when they feel that they have real choices to make and are in control of where they’re headed.

“Our wellbeing program wraps around the learning program, so by creating time in most days for our girls, that is their time for them to make their own authentic real choices. This can involve booking in a one-on-one with their wellbeing coach or booking in a ‘Be Fit For Life’ session,” Misson says.

“The Artemis Centre also has a Learning Commons, which is an independent learning area. There, academic coaches help the school’s students at a time and in a sequence that makes sense for each student.”

Misson says she visited the Artemis Centre recently to speak to one of the senior girls who wanted to do some lap swimming in the pool because she had a maths test.

“She had figured out that when she did physical activity earlier in the day, it helped her be calmer and better prepared,” Misson says.

Misson says that when she took last year’s Year 8 students through a preview of the school’s new architecture for schooling, one of the boarders walked into the boarding house and said to the director of boarding: “Finally, someone understands what it means to be an adolescent!”

“The girls feel very proud that we are giving them so much trust. In a school environment, adults draw the boundaries and have clear expectations, but to actually share the decision-making? That shows real trust in adolescents, and the girls really value that,” she says.

The girls now feel they are better prepared for life after school because they’re practising being independent.

“They say that the wellbeing coaching is something that they embrace as a positive and compare it to counselling. We have wonderful counsellors here, but students often attribute ‘there’s something wrong with me’ to visiting a school counsellor,” Misson says.

“However, with the wellbeing coach it’s proactive. It’s about someone in your life who is listening to you, and someone who is skilled at suggesting strategies and practising those strategies before you encounter a problem.”

‘A milestone for what schools can dream of and deliver’

“One of the things we share with our parents is that, in this very different approach to schooling – where the girls have great scope to make choices and put themselves in the places and activities they want to take part in – they’re the most punctual cohort in the school, and have the greatest attendance,” Misson says.

“They have higher sustained attendance and greater punctuality than the girls in Year 12, so that’s telling me that we’ve really engaged our adolescents and we’re really honouring that.”

Misson says the school is fielding daily requests from others who want to visit and explore how the various programs are improving teaching, learning and wellbeing opportunities for staff and students.

“I think the attraction really comes from the way that we’ve wrapped wellbeing around learning at the school. Schools are very committed to the wellbeing of their students, but often you have to try to fit it in or put in on the side,” she says.

“What we did was say: ‘If we were to provide an environment where the value proposition was wellbeing, what would that look like?’ So we went from there.”

The school’s Year 9 girls’ first semester results were “absolutely fantastic”, Misson says, and compared favourably with those of previous cohorts in the old paradigm.

“The Artemis Centre is not just a milestone in educational practice in our school but a milestone for what schools can dream of and deliver. For me, it’s the intention of the building that is superb,”

“We truly appreciate that we have this centre, a beautiful facility, but the intention of being a community hub that symbolically represents learning, social connectedness and physical health through lines for wellbeing, we truly believe that all schools can focus on that, and that’s the empowering agenda for young people now and into the future.”