Programming drones, networking with neuroscientists, and devouring edible insects were all on the menu as part of last week’s Science, Technology, Engineering and Mathematics (STEM) celebrations!

We also took time out to remember the late Kevin Coghlan. Coghlan was a former MGGS Head of Mathematics, who also played for Collingwood and Hawthorn. Named after the former AFL great, the Coghlan Cup is a fast and fun competition comprising a series of mathematical problem-solving sessions. This year’s Cup was keenly contested by students from Years 5 to 9. Despite a very tight race, Hensley House took out the trophy. 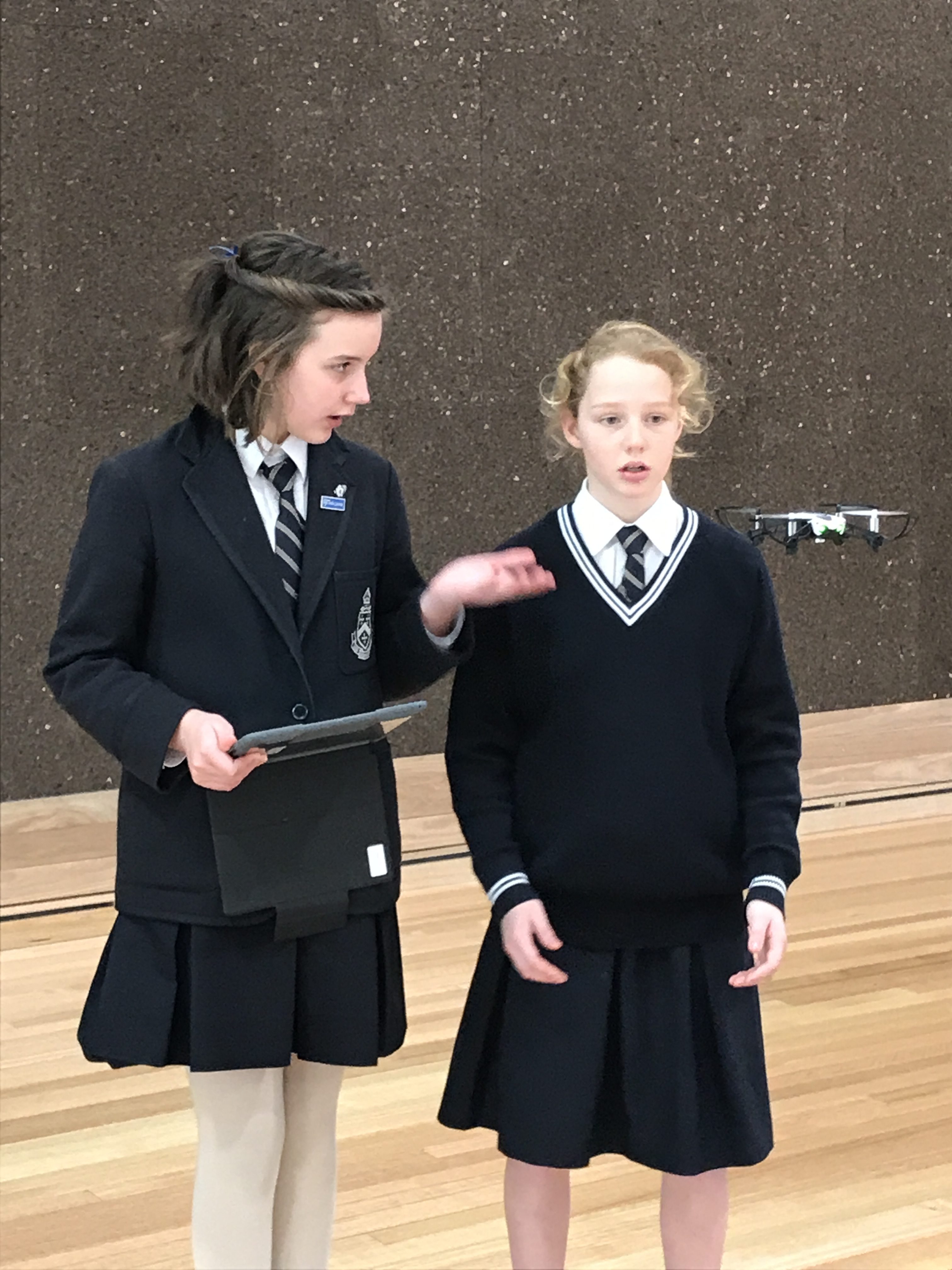 From competitions to contemplations, our STEM students were also delighted to meet with some of the team from the Florey Institute of Neuroscience and Mental Health. Together, they shared the latest neuroscience news regarding brain injury research and technology, including how imagining is being used to help identify and treat concussions sustained in sport. Meanwhile, over at Mentone Girls Grammar, our students participated in a breakfast for Women in STEM in which Dr Tania Obranovich outlined some fascinating insights into patenting in Biotechnology.

Sharing knowledge and collaborating were common themes throughout the week. The Early Learning Centre kinder girls were thrilled to visit the Senior Years’ science labs for a Science Spectacular facilitated by our Science Lab Technicians.

The Year 3s also teamed up with some more senior scientists. University students, studying mechatronics and computer science, stopped by Morris Hall to give the girls a lesson in intuitive programming — with a little help from LEGO Mindstorms Robots! This STEM session was facilitated by Robogals, an organisation that works to increase female participation in engineering and technology.

Representatives from RMIT and the CSIRO were also among our visiting science specialists. RMIT’s Dr Karina Gomez Chavez workshopped with Year 9 and 10 students how the internet works. And CSIRO’s Marthie Grobler illuminated the exciting world of STEM careers to Year 10 students before heading to Morris Hall to facilitate a virtual classroom event with space professionals. 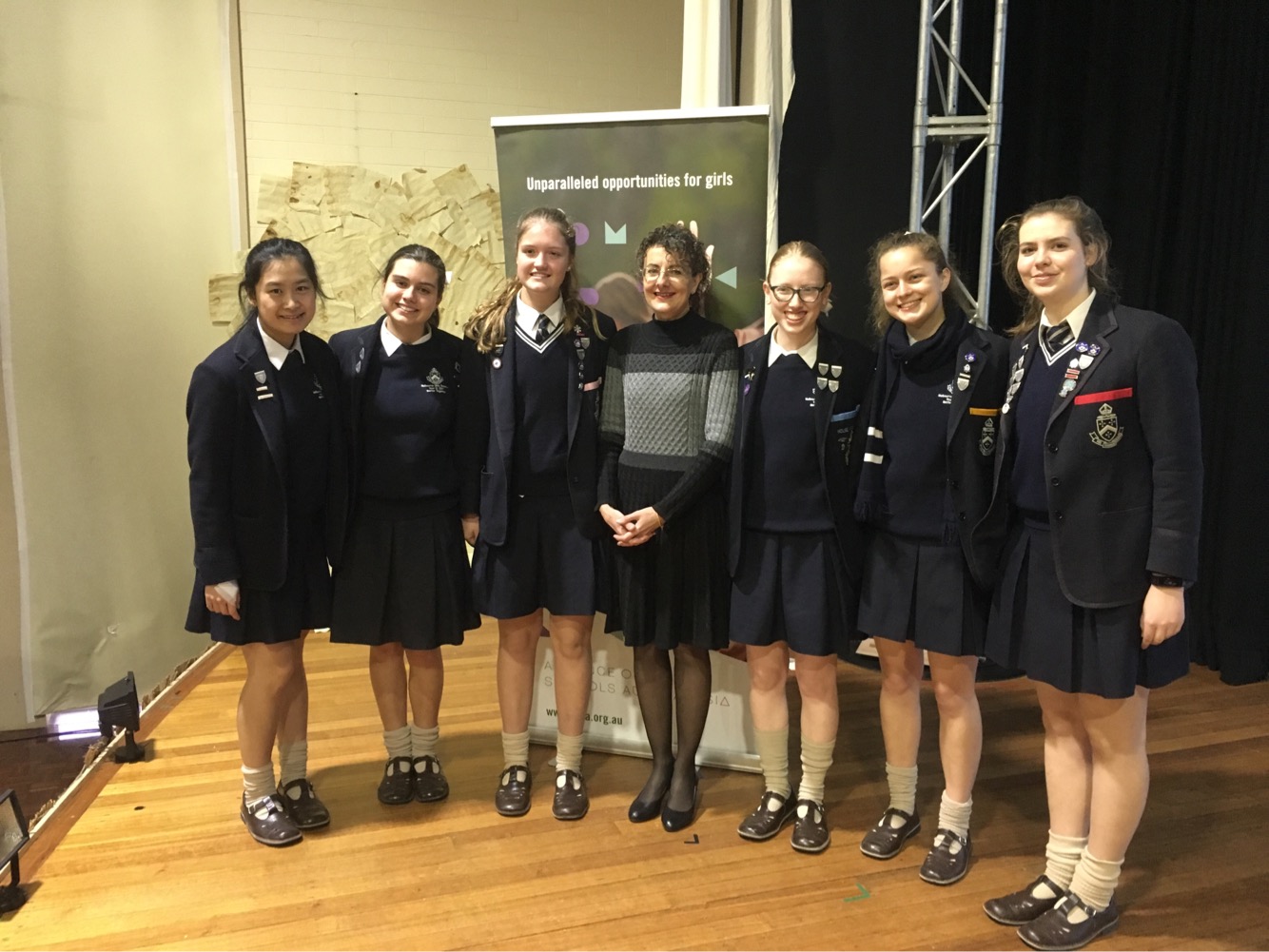 Hands on STEM learning played a central role throughout the week with students flying drones and programming spheros in the Artemis Centre, interacting with a balloon orchestra using makey makeys and exploring machine learning, and the ethics of technology.

Finally, at the ELC, our 3 year old kindergarten girls and 4 year old kindergarten girls built their own marble run using a mix of materials including plastic pipes, cardboard and fabric. Along the way, they experimented with various tracks and inclines and learnt how the shape of an object impacts its speed. The marble run’s impressive cubic frame also comprised a pulley and a pendulum for the girls to experiment with different forces and the transformation of energy.

Click here to learn more about our STEM Program