Focused on celebrating individuals 40 years old and under, the Emily Hensley Award gives past students of Melbourne Girls Grammar the opportunity to share what they’ve been doing since leaving school and inspire our current students and community, to pursue their passions.

After review of the many outstanding nominations received as part of this year’s award, we are delighted to announce that Dr Anika Molesworth has been selected as the 2020 Award recipient.

Please join us in congratulating Anika and we look forward to formally presenting her with the Award at our OG Celebration Day in 2021.

As an Australian agroecology scientist and farmer, Dr Anika Molesworth is a thought-leader of food systems resilience and a researcher in international agriculture development.

Growing up on her family’s sheep farm in NSW, Anika’s passion for agricultural resilience was prompted by a decade-long drought and witnessing the challenges this brought to the Australian farming community. From this point, Anika began a career in seeking how to build resilience in fragile farming systems and has worked hard at promoting and advocating for sustainable agriculture and vibrant rural communities.

Anika is the face of our future. She bridges the gap, as no one else quite can, between women, farming, science and activism. 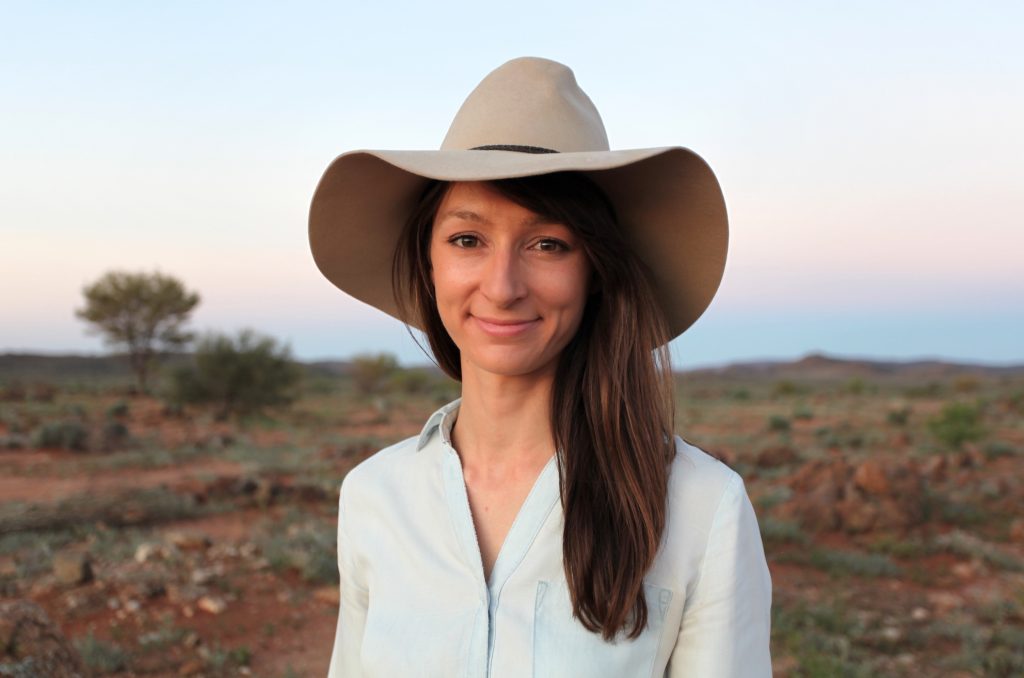 Anika’s favourite subjects at school were geography, science and art. She loved learning about the world, from the intricacies to the big picture, and found art to be a wonderful way to communicate her love of nature. She recalls sitting in the gardens at Melbourne Girls Grammar, amongst trees and with friends, excitedly anticipating her geography, science and art classes and the world they helped her understand.

Having graduated from Melbourne Girls Grammar in 2005, Anika studied a Bachelor of Science in Agribusiness at Charles Sturt University before completing a Masters of Sustainable Agriculture and a PhD with the Centre for Regional and Rural Futures at Deakin University.

All of Anika’s university studies were completed via distance education, which enabled her to travel and work. She spent time as a jillaroo in Queensland, worked as a teacher in Ghana, and conducted crop field trials in Southeast Asia. The variety of experience broadened Anika’s understanding of food systems around the world and taught her to appreciate the importance of science.

Anika has worked in international agricultural development since 2014, including several projects with the Australian Centre for International Agricultural Research. Her research has focused on improving the environmental conditions and livelihoods of subsistence farmers around the globe, helping to promote climate change action and the mitigation of emissions.

In 2014, Anika established Climate Wise Agriculture, which is a platform that shares knowledge on the topic of climate change as it relates to agriculture. She is a Founding Director of Farmers for Climate Action, a farmer-led organisation that advocates for climate solutions which support rural communities and was appointed Deputy Chair of the organisation this year.

Anika joined The Climate Reality Project in 2016 and under the guidance of its Founder and Chair, US Vice President Al Gore, became a Climate Reality Mentor in 2019. In this role, Anika helped young Australians learn about climate science, and how they could use their own skills and advocacy to drive positive change.

Last year, Anika travelled to Antarctica with the largest ever expedition of women in STEM as part of Homeward Bound 2019. Her involvement in the program positioned her as an advocate for gender equity and climate change leadership across the globe.

Pursuing her passions over the last 15 years through her career, voluntary commitments and lifestyle, Anika has also become a public figure and sought-after keynote speaker on issues of food security, nature conservation, climate change and rural community development. Anika appears frequently on radio, in newspapers, magazines and on television, helping to share the farming story and spread awareness of its successes and challenges.

Anika has established herself as a prominent science communicator and frequent media commentator with her work reported in The New York Times, The Guardian, The Conversation, ABC, SBS, and other media outlets. She has contributed to reports with the Climate Council and the Commission of the Human Future. In 2017, Anika presented a TEDxSydney Youth Talk “Farmers are key to a better future” and her first book is due to be published in 2021 by Pan Macmillan Publishers.

A key criterion of the Emily Hensley Award is the individual’s scope of engagement and contribution to the wider community. Anika’s dedication to the community is far reaching and is demonstrated by her commitment to build the capacity of young people to speak out and stand up for important issues relating to climate change and environmental conservation. Anika joined the Young Farming Champions (YFC) program in 2014, which conveys positive images and perceptions of farming. Breaking down stereotypes and focusing on urban primary and secondary school students, the YFC program showcases the varied careers on offer in agriculture. Within the Youth Voices Leadership Team Anika became the volunteer Relationship Manager, which aims to empower young individuals working in Australian agriculture by giving them the tools and skills to thrive.

She is also a volunteer State Representative with the organisation Researchers in Agriculture for International Agricultural Development (RAID), which is an Australian-based network bringing together early to mid-career researchers with an interest in farming research in developing countries. The objectives of RAID are to assist young agricultural researchers form networks with one-another, connecting to senior scientists and raising awareness about career pathways into international agricultural research.

Anika’s work has positioned her as an influential voice for positive change after being chosen as one of 95 women in STEM globally to participate in Homeward Bound 2019. She was described as “the face of our future… bridging the gap between women, farming, science and activism.”

You can read more on Anika’s achievements via her website as well as from the below list.