In a recent deep dive into Media, Melbourne Girls Grammar Year 6 students were tasked with addressing how new technologies can be harnessed to have a positive impact on society.

Each student chose a question to address an important societal issue and present a solution utilising innovative technology such as VR, AR, 360-degree video, interactive media or e-learning technologies to visually demonstrate their solution.

Imogen addressed the question: How might I encourage girls to pick inspirational role models? 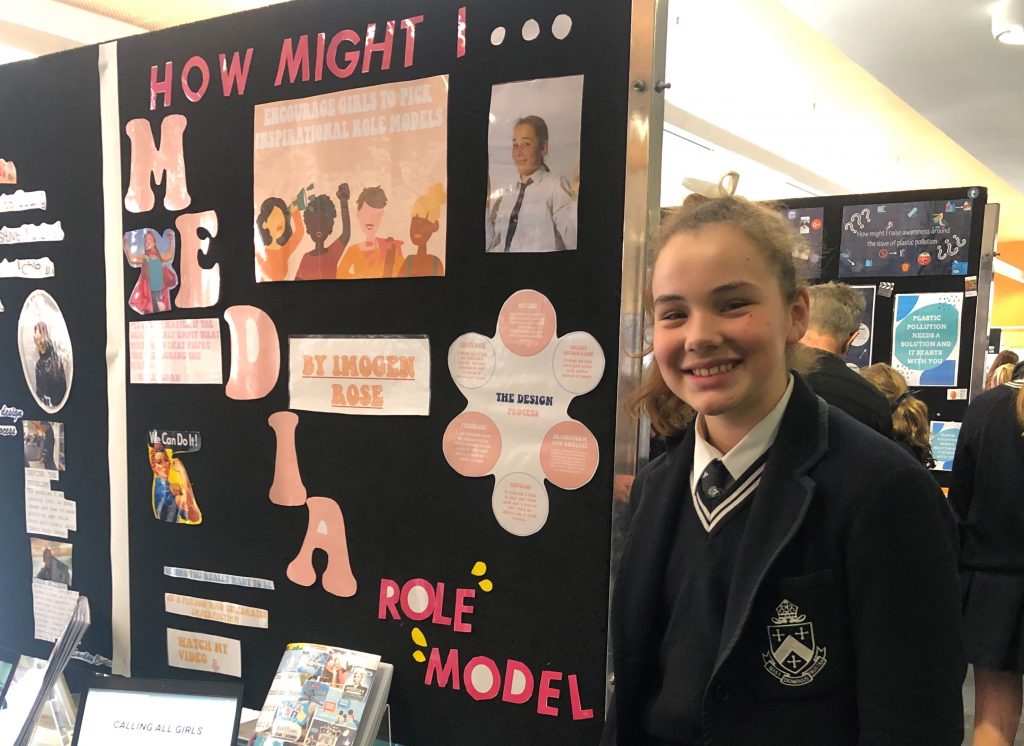 The main issue Imogen wanted to address was that some role models seen dominating young girls feeds on social media and, in the news, weren’t always the most positive figures for people to look up to.

“I didn’t want girls to aspire to be the people who don’t encourage them to be themselves”
Imogen, Year 6

“I wanted to address that girls my age are always searching for someone to look up to, whether it’s a model, or a sports player or something else. But I didn’t want girls to aspire to be the people who don’t encourage them to be themselves,” said Imogen.

Imogen chose to make a video to help show others the types of people in society who were more positive role models. In researching her topic, Imogen was quite shocked at the things she found.

“I found out that most girls would aspire to be perfectly pretty rather than smart. This was shocking as we want girls to feel like they can do anything, and not that they have to be pretty to achieve in life,” Imogen said.

By looking more closely at the types of people young women have to look up to, Imogen wanted girls to be able to know what role models with good values looked like and the kind of messages they endorsed and supported. People like Emma Watson and her fight for feminism, or Serena Williams, a strong female athlete who shows determination and resilience in everything she does.

Click below to see Imogen’s video about positive role models.