At Melbourne Girls Grammar, every student is encouraged to lead their own inquiries, and this term when they Year 6s focused on media, the girls were asked to address how new technologies can be harnessed to have a positive impact on society.

Each student chose to address an issue and present a solution utilising an innovative technology such as VR, AR, 360-degree video, interactive media, or e-learning technologies to visually demonstrate their solution.

Macy and Isabelle decided they’d like to focus on the following question: How might I use the media to change perceptions of homelessness? 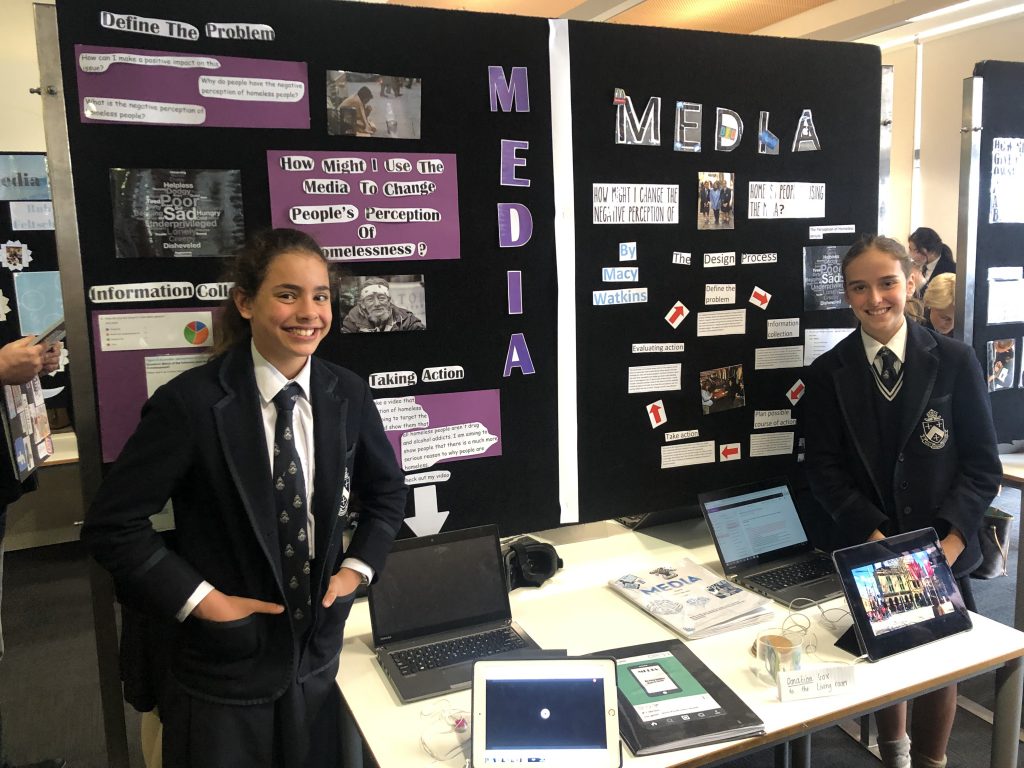 “We decided to challenge the negative perception of homelessness in Melbourne”

With the number of homeless people being seen on Melbourne streets becoming more and more prevalent, Macy and Isabelle were concerned with the perception of those who are homeless. There are so many false assumptions about homeless people, that they must be struggling with addiction or mental illness to get in that position, but it’s often not the case.

“We had thought a lot about how we could help homeless people and wondered why there were such high numbers of those living on the street, despite the number of organisations dedicated to helping them. We then noticed that these organisations usually help homeless people by providing them with food and shelter, but they don’t address the problem of homeless people being seen as alcoholics and drug addicts. So, we decided to challenge the negative perception of homelessness in Melbourne. It is something that is commonly seen within our community, and we felt that it was necessary to make a positive change to this problem,” the students said.

Macy and Isabelle decided to address the problem with a video. The girls went to the city to interview Melanie Raymond OAM, a prominent figure in the philanthropic work to support homeless people, who has been a member of the Taskforce on Rough Sleeping and is the Chair of the philanthropic fund, Connected Communities Melbourne.

While speaking with Melanie, Macy and Isabelle learned much more about the reality of homelessness.

“We found it interesting how evident the negative perception is in society, it was also interesting to learn that homeless people actually choose to sleep on the streets rather than in a shelter, as the shelters are horrible,” said Macy and Isabelle.

A lot of homeless people actually suffer more, mentally, when society labels and depicts them in a negative way. Research provided by Melanie showed that a negative depiction affects the wellbeing and mental health of homeless people, making it even harder for them to cope with their living situation.

Macy and Isabelle hope that their video will shine more attention on the important issue of homelessness and help people to understand that a bit more knowledge about their situation can make a difference.