From ELC to School Leader

From ELC to School Leader

The Early Learning Program at Melbourne Girls Grammar encourages wonder, self-confidence and a connection to the natural world, with the aim of sparking curiosity in three and four-year old girls. ELC students flourish as the individuals they are, within a safe and nurturing environment.

Year 12 student Tiffany Chiang has been a Melbourne Girls Grammarian for most of her life, starting in the Early Learning Centre when she was only three. She remembers being a very timid child back then, a contrast to the confident 18-year-old she is now.

Tiffany knows that her confidence was built over time, like building blocks, through many learning experiences and through being nurtured and challenged by her teachers. In her early years, she went from speaking in small groups to building up the courage to speak at School assemblies at Morris Hall. In her Middle and Senior Years, that confidence continued to blossom as she took on leadership roles and discovered the performing arts. “I found a sense of belonging in the drama and music departments. Surrounding myself with like-minded and talented individuals encouraged me to excel in my passions and to try new things which I may have shied away from, had I not been a part of the School.”

Tiffany says that starting at MGGS at a young age definitely made her School journey smoother since she was working within a familiar learning environment and the School became like a second home to her. She believes the foundation of learning and curiosity were set as soon as she started ELC as a three-year-old, and she remembers how her peers and herself were always encouraged to try new things and ask countless questions.

After 14 years at the School, Tiffany feels like the core School values – Courage, Compassion, Self Discipline and Integrity – are almost innate to her, they are part of who she is and how she acts. She adds, “My favourite thing about MGGS is the culture that is instilled within the School. Staff are always so supportive, and the students have a poise to them… I feel safe and respected, which is key to any environment whether it be learning, working or within the wider community.”

“Being in a space with ethical women of action and leaders of the future makes me feel incredibly proud and motivated to help others succeed.”

Being an only child, Tiffany says she feels she got to make real and valued connections with other Grammarians, who became like family to her. Not only has she formed lifelong friendship with peers her age who have been with her the whole way, but also with students in other year levels. “In my years at the School, I always saw older Grammarians as leaders, as older ‘sisters’ whom I could look up to, and younger Grammarians as younger ‘sisters’ to look after and be a part of their support system”, Tiffany explains. In 2021, she was honoured with a leadership role; she is one of the two School Vice Captains chosen for 2021, after a rigorous selection process. She adds, “Being a leader means that I can set an example to my peers and younger Grammarians. It also means that I can give back to the community which has provided me with so many opportunities”. 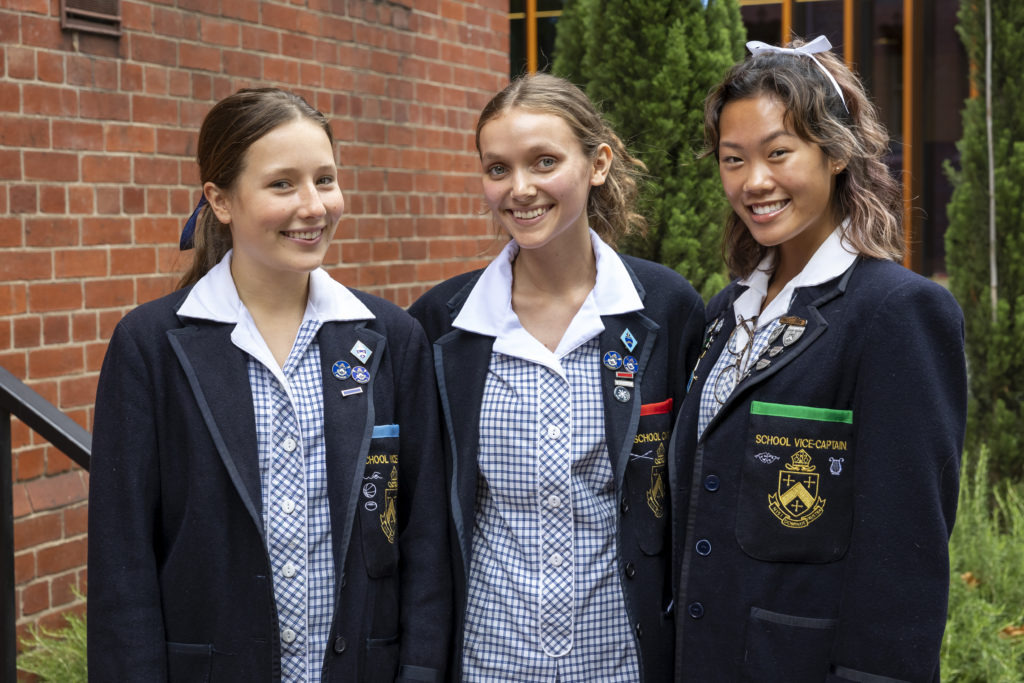 As the end of Year 12 approaches, Tiffany says she’ll be sad to move beyond the comforts of a community framed by the red brick walls but will retain all the memories she has created here. But she is ready for her future, inspired to make a difference and to take on the challenges ahead. When asked what makes her proud, she answered, “being in a space with ethical women of action and leaders of the future makes me feel incredibly proud and motivated to help others succeed.”

Tiffany has recently received an early offer guarantee for a double degree in Law and Arts at Australian Catholic University (ACU) and also the offer to study Law at LaTrobe University. Wherever she chooses to go, she says she will always carry with her the School’s name with pride and will continue to live the School values. All the teachers and staff who have worked with Tiffany throughout her education journey at MGGS will sure watch proudly as she embarks on the next leg of her adventure.