It’s one thing to have your Year 12 be the culmination of your schooling years as you strive to do the best you can in VCE. It’s quite another to do that as well as take on the responsibility of representing your friends, peers, teachers and Principal as School Captain.

The environment within the School makes me feel like I can do anything, it’s built me up so much as a person.

“For my parents the thing they really liked about this School was that it produced such strong leaders, strong women. All of the girls who had babysat me from Melbourne Girls Grammar, later went into engineering or other strong professions that are typically male dominated. They were very confident, outspoken people, so that’s why we initially looked at the School. I was supposed to look at a few schools, but when I did a tour at MGGS I was so happy with what I saw that I didn’t want to look anywhere else. It was my decision to come here, and I’m glad I did,” explained Lexi. 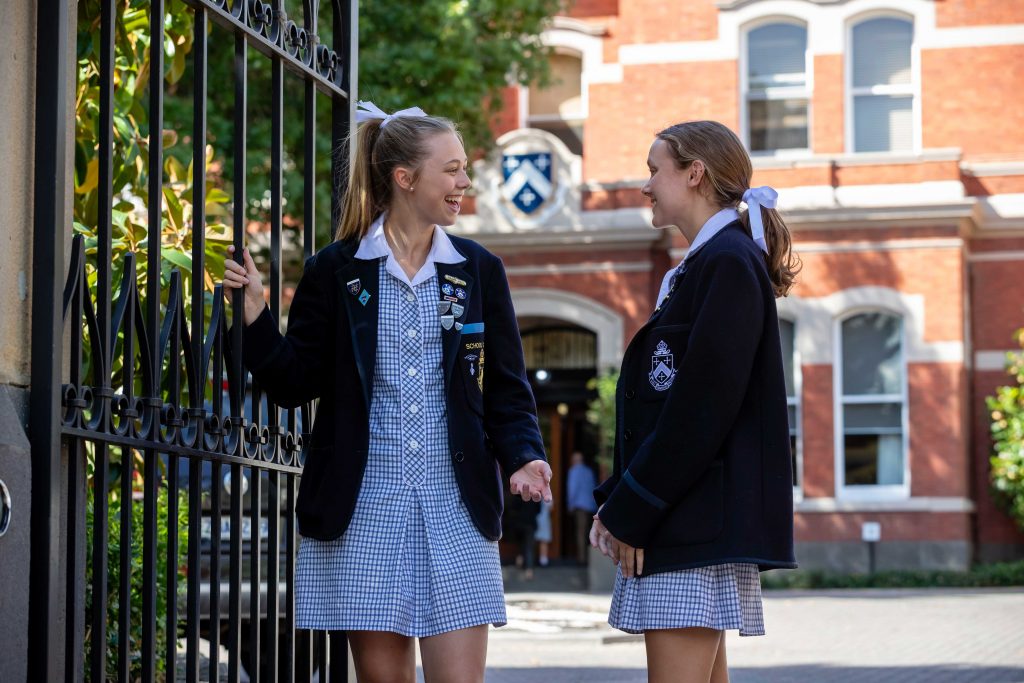 From her time at the School, Lexi will obviously take many lessons with her as she goes on to do great things, but there is one thing that really stood out to her; how to cheer on others.

“It’s a bit cliché, but one lesson I’ve learnt is the empowering of women — how we can empower each other. The environment within the School makes me feel like I can do anything, it’s built me up so much as a person. Now even when I am faced with those challenges outside of School, I feel like I have such a strong backing, not just within myself but with sisters behind me to support me,” Lexi continued.

One thing Lexi hopes will remain long after she has left the School is the feeling of sisterhood and the strong support network.

“When I was in Year 7, the School leaders were amazing. They made me feel so a part of the School so quickly. I really wanted to do the same for younger girls. I’ve worked quite hard to be able to support the girls at Morris Hall and Wildfell, so I hope that I’ve been able to pass along the same kind of support I received,” said Lexi.

I’ve always felt like no matter what I’m doing, I have 1000 girls behind me, supporting me.

Juggling the many things expected of her didn’t come naturally to Lexi. From events to speeches, exams to presentations, a School Captains work is never done.

“It’s been hard at times, I’m not going to lie, sometimes it’s been overwhelming. I had to recognise very early on who my support network was, and that included a few teachers that I sat down with at the beginning of the year to talk about strategies I could use when things go busy. Having my friends and my mum to talk to when things got hard was a great comfort to me. I’m also not naturally a very organised person, but I found that planning, organising and relying on key people around me really helped to get through all the responsibilities,” Lexi said.

In order to be an effective leader, there have been lots of tips and tricks that Lexi has picked up this year, working alongside the School’s executive team and members of the wider community.

“One thing I’ve learned, is that I can’t do everything on my own. I’ve learned time management and how to respond to conflicts and issues. The conflict resolution aspect is probably the most useful skill I’ve learnt, because a lot of the time there are small issues going on in the School that I have to be a part of. The students have one side, the teachers have the other, and as captains we represent the students, but we also have to support the teachers, so learning how to deal with that has been great,” Lexi added.

Lexi has used everything that she’s gained this year in confidence and knowledge to help guide her towards what she might like to do when she leaves school. While further study seems to be a given, exactly what she pursues is a little unclear.

“I have too many interests! I’m leaning towards science, but maybe arts. I want to find a broad course where I can focus on my interests in STEM. Then, I still want to be able to study politics and other subjects that allow me to look and explore things that develop my leadership skills and working with other people,” Lexi said.

As Lexi rapidly nears the end of her schooling life at Melbourne Girls Grammar, she looks back on her time with fondness.

“I’ll miss the support network of all the girls. Just walking through the halls and saying hi and being able to connect with them all. I think we have such an amazing culture, it’s so supportive and the girls are so willing to celebrate each other, and I think that’s something I’m really going to miss. I’ve always felt like no matter what I’m doing, I have 1000 girls behind me, supporting me,” said Lexi.

Next year’s School Captain has been elected, and Lexi will be sitting down with Helena to talk about everything she’s learned so that Helena can take the reins with confidence, ready to lead the Grammarians with determination and respect.