Experience of a Lifetime in Arnhem Land

Experience of a Lifetime in Arnhem Land

Each year, our Year 8 students at Melbourne Girls Grammar embark on the trip of a lifetime, to a remote aboriginal community in North East Arnhem Land in the Northern Territory. 110 students and 13 staff members attended the trip, spending a very special week living and learning alongside Yolngu families at the Garma Festival site.

My eyes were wide open the whole time not wanting to miss a moment of this incredible camp.

Our girls learnt a great deal about these unique Yolngu people and their culture. Their community is made up of 14 distinct clans, each with their own language. Remarkably, they have preserved their culture for thousands of years, and were not part of the stolen generation, given their geographically protected location in North East Arnhem Land. The girls learnt that despite their culture being a powerful force for thousands of years, they have had to fight to protect it. 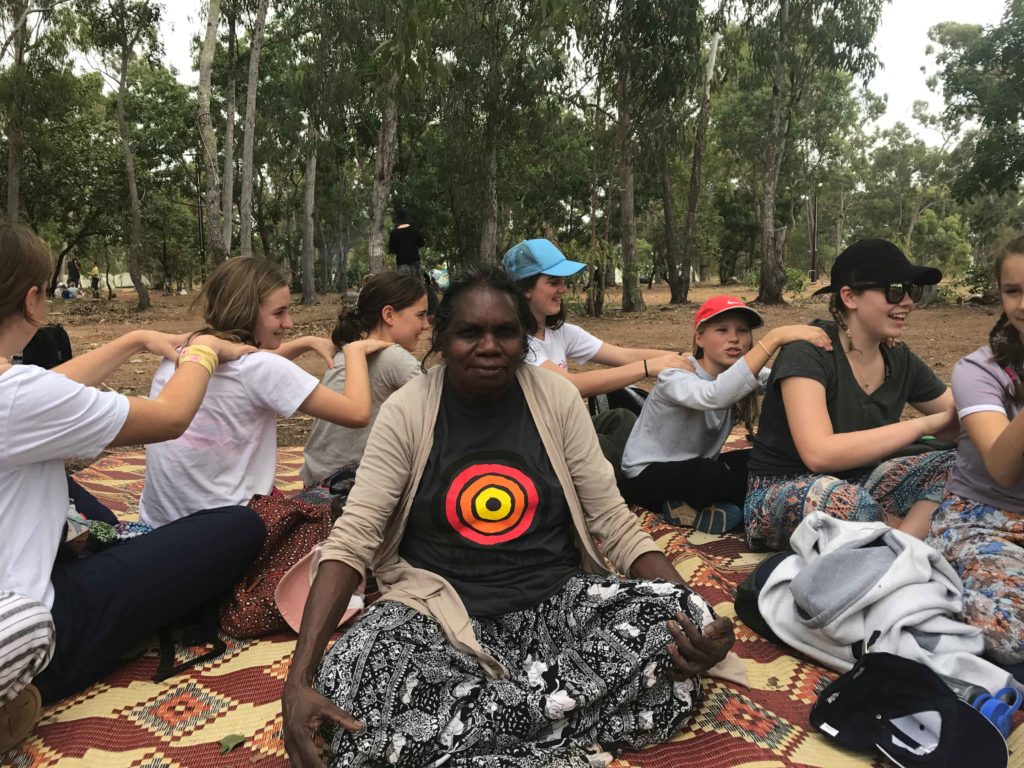 On the first morning the group arrived, they were welcomed onto the land with a traditional smoking ceremony. The leader of the land the girls camped on warmly welcomed them, saying “This is our land, but it is also your land”, giving our girls feelings of responsibility for the knowledge of this unique culture. One of the students named Poppy reflected on this ceremony, saying “it was something I will never forget.”

I had always thought that to experience new cultures we have to leave Australia, but there are some amazing cultures in our very own country, one of which that we were lucky enough to learn about in the NT.

For the girls, one of the most significant aspects to their introduction to Yolngu culture was the opportunity to learn about Yolngu language and law. As explained by leaders, “language is critical to strong culture and strong people” – this is one of the reasons why language was so actively destroyed by the authorities in the past.

Living alongside the locals and being fully immersed in their culture brought joy to our girls, and they noted that they learned a great deal from the young aboriginal children through interacting with them. Despite language barriers, the girls found the best way to communicate and share their culture was through teaching each another games, and such as clapping games and playing sport together. The locals also shared their culture with the girls through teaching them how to weave baskets from pandanus leaves, sharing traditional dances, and creating jewellery from natural items such as shells, and seeds.

With the end of the trip approaching, our girls stumbled upon a way to give back to the wonderful community who welcomed and had shared so much with them. After visiting the Art Gallery nearby to the camp, Year 8 student Manon and her group ventured to Shelley Beach for afternoon tea. Despite the beautiful setting, she was alarmed by the significant amount of litter covering the beach. As one of the girls had a garbage bag in her backpack in case of wet weather, she put it to good use, enlisting the group to fill it up with rubbish. The next day, the group returned to the beach, collecting thirteen large bags of rubbish. Upon reflecting on how small actions can have a large impact, Manon said “I was really proud of my peers for helping me contribute to giving back to the community that had welcomed us so warmly“.

Our girls returned to Melbourne with full hearts and feeling highly connected as a group, having experienced such an incredible week together.

Ahelee reflected on her experience in the Northern Territory, and noted that she had “always thought that to experience new cultures we have to leave Australia, but there are some amazing cultures in our very own country, one of which that we were lucky enough to learn about in the NT.” She concluded that “spending time continuously with the people in my level outside of school allowed us to get closer to our peers and to develop and strengthen our relationships with them.”